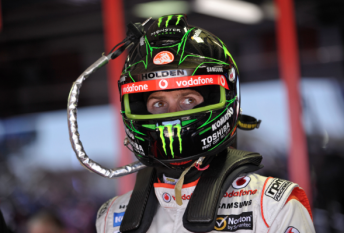 Monster Energy says it will take Jamie Whincup to court to ensure that the three-time V8 Supercars Champion honours his deal with the company next season.

Whincup’s Triple Eight team announced in August that it will receive title sponsorship from Monster rival Red Bull from next season following the withdrawal of the squad’s long time backer Vodafone.

Since the 2009 Bathurst 1000, Whincup has enjoyed a personal sponsorship deal with Monster, wearing the company’s black and green colours on his helmet. His deal with Monster expires at the end of 2013.

Monster has used Whincup as one of its key Australian sporting identities for promotions, including newly released packaging featuring the 29-year-old. In a statement issued today, Monster Energy’s Australasian Manager Adrian Hunter says that his company will take Whincup to the New South Wales Supreme Court, seeking the four-time Bathurst 1000 champion to fulfil the final year of his Monster deal.

“Monster Energy regards Jamie Whincup as one of Australia’s great sporting figures. We have a contract with him to the end of 2013. We expect Jamie to see it out,” said Hunter in the statement.

“Before bringing the proceeding, we suggested a live-and-let-live approach so that Jamie can continue to represent us and at the same time drive for Triple Eight. That suggestion was rejected.”

Whincup elected not to comment on the subject when approached by Speedcafe.com today.