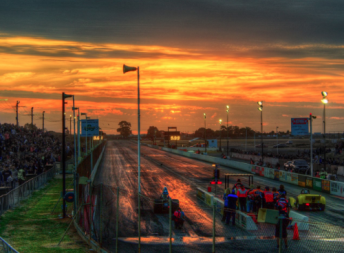 Plans are in place to upgrade the entire AIR facility

Adelaide International Raceway management has revealed it is in the process of planning a full upgrade to the facility, inclusive of building a international-standard drag strip.

The Virginia-based venue has been without car racing activity for almost a decade, and only earlier in 2012 did ANDRA drag racing competition return.

AIR Venue Manager Andrew Russo says the plan is for a complete upgrade to the entire venue.

“We are working on a proposal at the moment that will see Adelaide International Raceway open to a lot more events,” Russo told Speedcafe.com.

“We’re aiming for Government assistance in the first instance and in the six months that I’ve been in this role, I’ve been working on relationships in Government and with bodies like ANDRA to begin those discussions.

“The aim is to build a full quarter mile drag strip that will be to international standards, similar to Sydney and Perth. This would be a brand-new facility and not part of the race circuit as our drag strip currently is.”

Plans are also afoot to fully upgrade the race circuit so that it is available as a year round facility. Currently, the full circuit cannot be used.

“Nothing’s locked in at the moment, but there are two potential ways we’ll go with the race circuit,” Russo explained.

“One will be to re-design the circuit and extend it, the other would be to re-surface the current track and make it suitable for regular testing and racing.”

The upgrades are all part of a bigger plan to ensure that Adelaide International Raceway – and the adjacent Speedway City – becomes Adelaide’s motorsport hub.

“There has been a lot of discussion about building a brand new motorsport park in Adelaide, but our answer to that is that it’s already here, it’s Adelaide International Raceway. All it needs is an upgrade and we’ll deliver exactly what is needed,” Russo said.

“Adelaide is a motorsport town and it has been starved of regular big events for 10 years.

“The crowds we’ve attracted for the two major ANDRA drag racing events prove that there is a market there.”