Mario Andretti’s most cherished moment in Formula One was not so much winning the world championship but watching a single race as a boy back in Italy.

Born on February 2, 1940, Andretti would be taken to his country-of-birth’s most iconic circuit, Monza, as a 14-year-old at the height of the wonderful Juan Manuel Fangio era.

“Monza is where I saw my very first race when I was 14 so winning there was almost a culmination of my initial dream,” Andretti said to a select band of motoring scribes in an exclusive interview.

When Andretti claimed victory at Monza in his Lotus-Ford in 1977 all of those childhood memories came flooding back.

“Back in 1954 when I was hanging over the fence I was cheering on Alberto Ascari because he was my idol in a Ferrari.”

“But it was Fangio who won the grand prix. Wow that Mercedes of his was so superior that day but it was incredible to watch Ascari who drove the red car so much harder.”

“As a kid I was impressed.”

Watching messrs Fangio, Ascari, the Maserati of Stirling Moss and the Ferraris of Mike Hawthorn and Maurice Trintignant remains as one of the fondest memories for Andretti, arguably even more so than when he managed to win the 1978 F1 World Championship for Lotus.

“So when I won that Italian GP in 1977 from Niki Lauda and Alan Jones it came to me as a huge personal satisfaction.” The Andretti family migrated to the US and one of his first memories of racing Stateside was watching a tragedy unfold before his eyes at the Langhorne Speedway in Pennsylvania in the early 1960’s.

“Nomex was not available back in the early part of the 1960’s and I was watching a race there at Langhorne when sprintcar driver Bobby Marvin flipped end-over-end and he burned right there in the cockpit,” Andretti remembered.

“My wife Dee Ann whom I married on November 25, 1961, would put my racing uniform in a solvent that would make it like starch. It was very uncomfortable, like putting on a sheet of newspaper to wear and that was how we improvised to try to make the clothes fire retardant.”

“Then as soon as Nomex became available as a material which was first developed by NASA we started using it.”

“I remember it was expensive. About $2300 in those days which was astronomical but we always armed ourselves with the best that was available.”

Andretti used to have his racing shoes made by the same cobbler who made them for Tazio Nuvolari, the brilliant Italian driver who raced for Alfa Romeo, Ferrari, Maserati and Auto Union in the pre-1950 grand prix era.

“I had my shoes made in Sicily by Chico, who made them for Nuvolari and they were really comfortable nice Italian leather.” “What I would do was draw the outline of my feet on a sheet of newspaper and give it to one of my good buddies who were Italian drivers at Ferrari and they would give it to Chico who would make the shoes and send them back to me.”

“Later on Chico became very modern because the shoes started looking very bright and silvery because the upper shoe was asbestos and the sole was leather.”

“So when I got to Indianapolis, Johnny Rutherford saw these flash shoes and said ‘oh man I’ve got to get a pair of those.”

“I ended up getting Chico a lot of business because the shoes became a fashion statement.”

Andretti became a naturalised American in 1964 the decade he first made his mark as a driver of extraordinary talent. 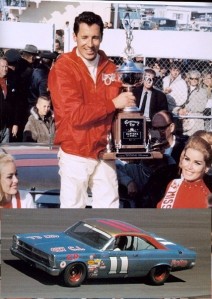 He emerged from racing midget cars in the early part of the ‘60’s and would win the Daytona 500 in 1967 and the Indianapolis 500 in 1969 as well as the Pikes Peak Hillclimb in Colorado.

As well as a string of sports car victories at Daytona and Sebring, Andretti had a highly decorated IndyCar career which began in the 1960’s and finished with his retirement from fulltime driving when he was at Newman-Haas in 1994.

Andretti gave Newman-Haas its first IndyCar Championship in its second year of operation in 1984.

Through this most fortunate and storied career Andretti has raced against some of the best drivers in history in some of the world’s leading categories.

His views on how he respects his peers are enlightening from one of the most evergreen and versatile drivers ever to don a helmet.

“There were many I respected like AJ Foyt, the Unser family and in F1 when I started Jackie Stewart was basically the yardstick and then Lauda in the 1970’s.”

“I’ve been fortunate enough to drive against some of the best in different decades and I think that is something that has really enriched by career.”

These days Mario’s competitive driving career is well and truly over but his life remains as busy as it was when he was racing. “My life is very full,” he says with a contented smile creeping across his face.

“I didn’t realise there would be life after the cockpit.”

“I’m working with companies that are generally involved in motorsport, like Chevron, Texaco and it keeps me close to the sport and products that I understand.”

“I see myself as working forever.”

Since this interview was conducted the Andretti brand has flourished even further.

Named driver-of-the-year in three different decades (‘60’s, ‘70’s and ‘80’s) and Associated Press driver-of-the-century in 2000, Andretti has a petroleum business among other interests while the eponymous winery founded in 1996 in the Napa Valley continues to thrive.

Andretti will celebrate his 73rd birthday in February next year and will be forever remembered as a racer who became brilliantly versatile at the highest level of motor racing’s leading disciplines around the world.

Only a Le Mans 24-hour victory escaped Andretti’s clutches in a stunning career not even a best-selling fiction writer could have concocted.