Liuzzi: If I can’t get F1 drive, I want to be in V8 Supercars

Liuzzi: If I can’t get F1 drive, I want to be in V8 Supercars 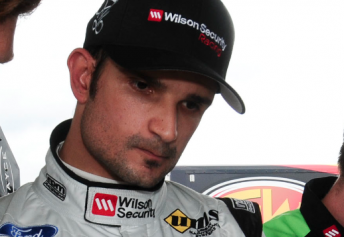 Vitantonio Liuzzi is looking seriously at a V8 Supercars future, stating that if he fails to land a Formula 1 drive for next year, V8 Supercars is the next category he would try and secure a seat in.

While an F1 drive remains his first priority, the Italian driver is singing the praises of the V8 class and is willing to move his life to Australia to tackle one of the world’s most competitive racing series.

Liuzzi made his touring car debut just last year, driving with Tony D’Alberto in the international-flavoured V8 race on the Gold Coast.

With no F1 drive this year, Liuzzi turned his attention to the International Superstars Series and led into the season finale before being involved in a title-deciding incident. He finished second overall. 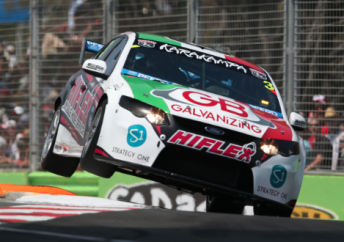 Armed with a season’s worth of experience in touring cars, Liuzzi impressed on his return visit to Australia at Surfers Paradise last month, setting one of the fastest lap times of the international co-drivers at Queensland Raceway, and backing that up with impressive times in practice.

Liuzzi and D’Alberto’s weekend was cut short when the #3 Falcon was involved in Saturday’s start line accident, but that hasn’t deterred Liuzzi’s enthusiasm for the category.

“I’m working on trying to get back into Formula 1, but if that doesn’t happen, V8 Supercars is something I’d really like to think about,” Liuzzi told Speedcafe.com.

“I like this category. I’ll be looking for a full time drive here in the future. I enjoy the series. It’s one of the top motor racing categories in the world. It’s a really high standard of drivers and teams. It has my attention.”

Liuzzi confirmed that if a full-time drive or a Sandown/Bathurst endurance drive does not come to fruition, then he would love to return to the Gold Coast with D’Alberto and his team.

“I like Tony’s team. They are good, have good equipment and are professional,” he said.

“If I’m not here sooner, than definitely I want to be back here on the Gold Coast next year.”