Webber and Red Bull to feature at Top Gear Festival

Webber and Red Bull to feature at Top Gear Festival 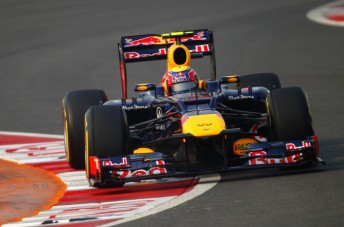 Mark Webber and Red Bull Racing will create history at Sydney Motorsport Park during the Top Gear Festival in March next year, when the Australian F1 ace becomes the first driver to take a modern Formula 1 machine around a Sydney racetrack.

With the event taking place across the weekend of March 9-10, 2013 – just a week prior to the Formula 1 Australian Grand Prix at Albert Park – it gives Sydney-siders a rare opportunity to see and hear a Formula 1 engine in close proximity.

“Obviously it’s a pleasure to be part of the Top Gear Festival in Sydney,” said Webber. “I’m really looking forward to being in front of my home crowd, especially just before the Australian GP. It’ll be a great way to start the 2013 F1 season.”

The Top Gear Festival, which earlier this week announced it would be in Sydney for three years after brokering a deal with the New South Wales State Government and Sydney Motorsport Park, will see the entire Eastern Creek precinct become a motoring and motorsport heaven over the March weekend. It is an extension of the Top Gear Live concept that has been so popular in Australia over recent years.