Transport company to back both Tekno Holdens in Abu Dhabi

Transport company to back both Tekno Holdens in Abu Dhabi 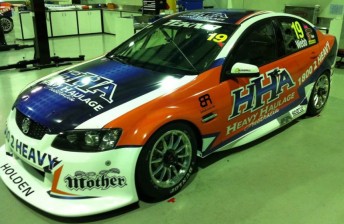 Tekno Autosports two V8 Supercar entries will run with the same major backer for the first time all season this weekend in Abu Dhabi.

The team has picked up support from transport company Heavy Haulage Australia for the event, which sees the category play a supporting role to the Yas Marina circuit’s Formula 1 Grand Prix.

The livery that Tekno’s two Holdens will run is identical to that used by Shae Davies in the most recent round of Porsche Carrera Cup at the Armor All Gold Coast 600.

Team drivers Jonathon Webb and Michael Patrizi sit 14th and 21st in the championship respectively, with the former having taken the team’s maiden podium finish at the Gold Coast event, where he was partnered with German Porsche specialist Marc Lieb.