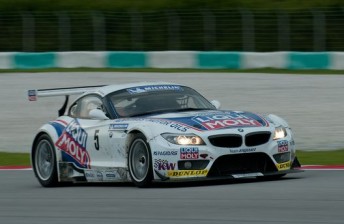 Boutique oil brand Liqui-Moly will act as the naming rights sponsor of the Bathurst 12 Hour for the next three years under a new deal confirmed today.

The agreement has been struck through the German-based company’s Australian distributors MotorActive, and will see the race known as the Liqui-Moly Bathurst 12 Hour from 2013.

The company replaces former race backer Armor All, which announced its withdrawal in May.

A Liqui-Moly supported entry is also expected to be on the grid for next year’s race, with German outfit Team Engstler set to campaign one of their BMW Z4 GT3s in the outright class.

The entry will be the first Z4 GT3 to compete in Australia having proven to be one of the star performers in Europe’s booming Blancpain Endurance Series.