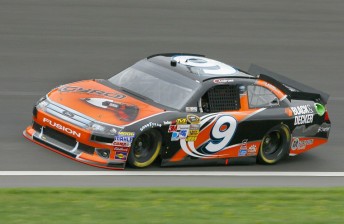 Richard Petty Motorsports will continue to run Ford Fusions in the NASCAR Sprint Cup Series next after concluding a new deal with the manufacturer.

The team’s relationship with Ford was cast into doubt earlier this year when Penske Racing announced that it would run Fusions from 2013.

Initially encouraged to seek out the support of other marques, the new agreement will see RPM keep its existing engine supply relationship with Roush Yates Racing.

RPM is yet to confirm the identity of either of its drivers for next year, although Marcos Ambrose is expected to stay on for a third season in its #9 entry, which will continue to enjoy backing from Stanley and Dewalt.

Ford Racing director Jamie Allison says he’s hoping that RPM can add to the two victories it has scored – both with Ambrose at the Watkins Glen road course – since joining Ford four years ago.

“The team has certainly gained momentum this year, and together we believe the continued Ford technical tools and engineering support will further enable RPM the opportunity to win more races and be a contender to get drivers into the Chase in 2013.

“Richard’s presence means so much to this sport, to the fans, and to us, and we are proud to have the King and RPM with Ford.”

RPM will also continue to run its single Ford Mustang entry in the Nationwide Series next season.