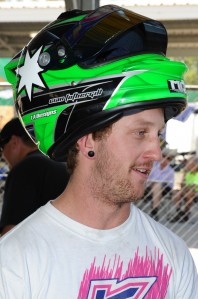 Fothergill, who qualified 22nd earlier in the day, showed tremendous speed to charge his way through the field in the opening 21-lap encounter to record a ninth place finish – the best by an Australian at the world’s highest level of the sport for many years.

On a high from his opening result in the opening race, Fothergill held a position inside the top ten for the majority of the second race of the day, before crossing the line in 12th position.

“During qualifying, the kart and engine were fast but I just didn’t get it all together when I needed to, so I was really determined to make up for it in the two races,” said Fothergill.

“We came over here with the aim of running inside the top ten and so far we’ve shown that we’ve got what it takes to be there and be competitive.  Now it’s time to build on that for tomorrow’s qualifying and two races, the goal will now be to qualify better and get another two top ten finishes.

“The support from everyone back home is just amazing, a huge thanks to the AMSF for their support along with everyone for their good wishes to the team and like the other guys, I hope we can do everyone proud again tomorrow.” 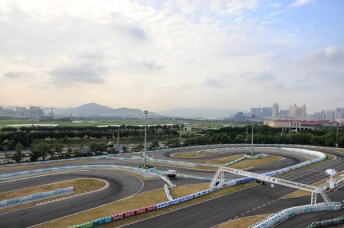 Joining Fothergill under the Kosmic Racing Australia banner at the event in the KF1-specification category is Sydneysider Matthew Waters.  The 23 year-old qualified in 25th position before recording an 18th and 23rd place finish in the two races.

British driver Tom Joyner won both races today, his first win came ahead of Verstappen while Flavio Camponeschi charged from the back of the grid after failing to start race one before finishing second in race two.

Australia’s representative in the Asia Pacific KF3 Championship, Townsville’s Josh Smith, also enjoyed a strong international debut qualifying seventh before backing this up with a third and fifth placing in his two heat races.

Tomorrow’s action will consist of another qualifying session and two 21-lap races for Fothergill and Waters, while Smith will compete in a third 9-lap heat, a 13-lap pre-final and 21-lap final.