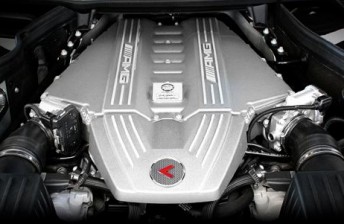 Erebus Motorsport is sweating on the arrival of AMG engines before the end of year as the partnership with the Stone Brothers team reaches a critical stage.

Erebus chief executive Ryan Maddison will not confirm how many engines will be in the initial consignment but admits that it needs to work very closely with V8 Supercars to homologate the three AMG-badged E-Class V8 racers in time for the 2013 season opener.

Based on the 6.3 litre M159 engine seen in the company’s SLS GT3 cars, a 5.0 litre V8 Supercar version of the motor is currently being developed by AMG Customer Sports in Germany.

Significant development time is said to have been lost while Erebus and AMG debated the merits of the program with Mercedes-Benz Australia, which eventually gave the project its all-important blessing after initially moving to stop it.

“We hope it’s in the last months of the year (arrival of the engines), that’s if we can meet some of the schedules,” Maddison told Speedcafe.com

“You know how tight our schedules are with our announcement and our relationship in getting the program together.

“There’s no doubt we will have sufficient supply for the (compulsory pre-season) test day on February 16. But our key goal is to not only see we have an engine supply for the three cars for Clipsal, but also some in reserve.” 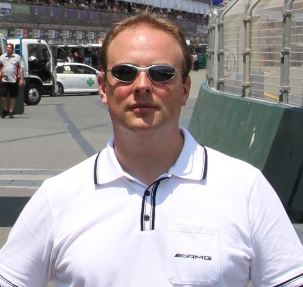 Maddison, who has been joined by visiting AMG Germany manager for Customer and Sports Ulrich Fritz at this weekend’s Armor All Gold Coast 600 meeting, remains coy on how many powerplants have been ordered.

Maddison said that the ambitious project with AMG to join as the fourth manufacturer in the 2013 Championship Series also faces a delay on body panels.

Although preliminary work is said to be underway at SBR, it is heavily reliant on the global launch of the next generation E-Class AMG which is scheduled to take place in the first week of the New Year.

“The backward way of answering that is we won’t be able to see anything until after that date,” Maddison said of the bodywork.

The first Mercedes V8 Supercar may not hit the track until February next year, with minimal running expected prior to the compulsory all-in test at Sydney Motorsport Park.

Erebus and AMG meanwhile clarified the status of how the racecar will be badged with many assuming that it would be an E63 AMG, given that that model is the only variant offered in the E-Class range as a performance tuned saloon.

“So there is no confusion, it would be false to run the 63 badges,” Maddison said.

“It is misleading to the public more than anything else considering it has to meet the parity of the category which is a five litre engine.”

“A lot of the badges are not representative of the displacement of the car. The E63 engine is in fact 5.5 litre (5.46 litre to be specific),” he said.

AMG has refused to publicly state performance expectations for the Erebus/SBR alliance in its first year of V8 Supercar competition.

“It’s a customer programme. It is financed by Erebus themselves so we hope let’s say on the technical front we will give them as much input as we can,” Fritz said.

“As racers we are always willing to see success. On the other hand success in racing cannot be guaranteed.

“We hope that they will do a great job with the car and on the other hand they are the learners, the newcomers and maybe the underdog with the new car with a new team and a new brand. I think our expectation of them is they are a professional team like they are doing in GT now.”