Jari-Matti Latvala scooped up by Volkswagen for 2013 WRC campaign

Jari-Matti Latvala scooped up by Volkswagen for 2013 WRC campaign 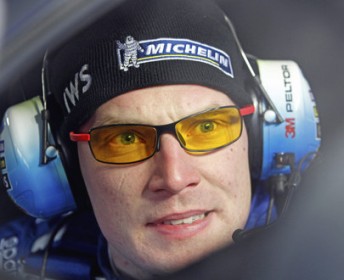 Volkswagen has signed Finn Jari-Matti Latvala for its WRC Polo effort next year.

The 27-year-old who is the youngest winner of a WRC event and was runner-up to Sebastien Loeb in the 2010 championship will debut with co-driver Miikka Anttila at the prestigious Monte Carlo rally from January 15-20.

Volkswagen Motorsport director Jost Capito said Latvala will bring a wealth of experience and sharpen the German marque’s chances of wresting the WRC crown from the dominant Citroen team.

“He’s one of the most distinguished WRC drivers in the field and has experience, aggressiveness and exceptional speed.

“I’ve known Jari-Matti since his early days in rallying and have been watching his development very closely.”

“The fact that another top-flight driver believes in our success and is switching to our team gives each member of our team an additional motivation boost. In Sébastien Ogier and Jari-Matti Latvala we’ve got an excellent driver line-up for the debut of the Polo R WRC in the 2013 World Rally Championship.”

Latvala had an early introduction to the WRC when at the age of 17 he competed at the Rally of Great Britain.

Latvala scored a gig with the Ford factory effort in 2008 and has compiled a career that includes 52 WRC rounds in a variety of makes and marques.

At the Swedish Rally in 2008, Latvala scored his maiden WRC win and has gone on to win six more.