Perkins to give Cruze its Aussie Racing Car debut

Perkins to give Cruze its Aussie Racing Car debut 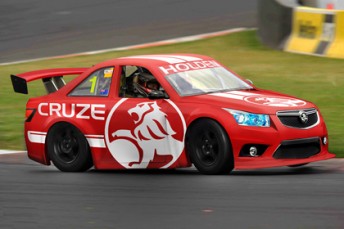 Jack Perkins will compete in this weekend’s penultimate round of the FW1 Aussie Racing Cars at Surfers Paradise, driving the category’s all-new car.

The Garry Rogers Motorsport endurance driver will compete in the Holden Cruz – the first new car to enter the series since the Toyota Aurion-bodied car in 2007.

The Cruze signifies a new era of the popular pint-sized racing class, with new owners Tony and Klark Quinn introducing a raft a technical changes to be implemented into the class for next season. The Cruze that Perkins will drive is the first of the Aussie Racing’s ‘Car of the Future.’

Perkins is a multiple race and round winner in the class, having competed in a number of one-off events over the past three years. He is also the holder of numerous class lap records around the country.

The versatile racer says that he is honoured to be given the keys to the Cruze for its racing debut.

“It was cool to get the call up from Aussie Racing and Holden to drive the Cruze at Surfers Paradise,” Perkins told Speedcafe.com.

“The Holden Cruze is Holden’s best selling car in its class, so obviously, there is high expectations from The General to perform.

“I don’t go into many motor races with the aim of finishing second, so I’ll be giving it my best.

“It’s great to be part of the Quinn’s new Car of the Future program. I’ve always liked the category so it is a credit to the Quinn family for their investment into a class which is already a great little series.”

The Aussie Racing Cars are a key support category at this weekend’s Armor All Gold Coast 600.