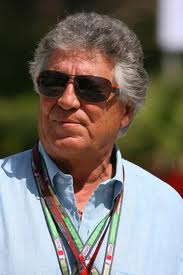 This was like most conflicts in history, a war which need never have happened.

America’s great open wheel series, CART, an acronym for Championship Auto Racing Teams, was flying high in the 1990’s and then greed and power rudely intervened.

Indianapolis boss Tony George set up his own series, the Indy Racing League and effectively shut CART out of the jewel-in-the-crown of Indy racing, the Indy 500 in 1996.

A year later the feuding championships settled major lawsuits against each other with one engine supplier rather prematurely declaring ‘the war is over’.

Truth is the war was far from over.

While part of the settlement might have prohibited CART or the IRL to take action against a team owner who wished to participate in both series, the IRL made such a legal ruling redundant by ushering in new engine and chassis rules that were far removed from CART in 1997.

The use of the name IndyCar was also in dispute and ultimately this was ruled in favour of George’s IRL even though CART had used the name IndyCar for marketing under a licencing agreement with the Speedway struck in 1992.

Mario Andretti was a staunch CART man having been hired as the foundation driver for the Newman-Haas team which entered the series in 1983, four years after CART came into being when it was established by USAC.

“As a driver you didn’t think it would get any better than that (CART),” Andretti explained during an interview at Surfers Paradise in 2003.

“So that’s the product that I’ve always supported.”

“Testimony of a product being a good one is the attendances CART has had – not all of the venues – but many have been fantastic.”

“If the news continues to be positive and it hasn’t been, I think it would have been even better.”

“The way I would like it to look tomorrow; if there would be any possible way to find a compromise between the two and have an agreement, that would be the two ultimately merge together.”

“It may be too much to ask because there’s going to be compromises again.”

“I know that the teams that have been to the IRL (from CART), I know they’re not totally happy.”

Andretti never liked the IRL’s idea of being set-up as an all-oval series because it put them directly into the sights of NASCAR.

“I think it’s the venues mainly. An all-oval series goes directly against NASCAR and quite honestly it can’t compete against that.”

“To have a world-wide appeal you have to maintain a certain degree of technical interest and I think that’s another reason why the IRL has not really flourished and gone anywhere since its inception.”

“If it wasn’t for Indianapolis the IRL would not have lasted a month and there’s no question about that.”

Andretti poignantly suggests that out of the schism, a whole generation of open wheel drivers in America may have lost an opportunity.

“It’s very possible that through all of this that we could have lost a whole generation of drivers.”

“The last year CART has weathered a lot of negatives and a lot of people were rattling the death knell and saying this was the last nail in the coffin.” 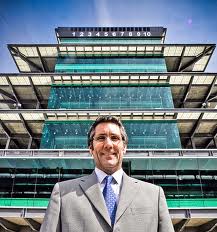 “Is everyone very happy and fat with sponsorship? No.”

So why did American open wheel racing become crippled with the biggest fiasco in its history?

“You can go back and revisit why all of this happened.”

“It is because all of the politics was wrong and CART was mismanaged from a standpoint that it was so democratic.”

“Most of the owners who were at the helm (there were four of them at one time), as franchise owners were all looking after themselves so there was a lot of greed involved.”

“And they paid the toll and that’s probably one of the reasons Tony George defected.”

Andretti said the IRL was not solvent and was losing money hand-over-fist but it ultimately had deeper pockets than CART.

CART was dying a slow death and would go bankrupt a few months after this interview.

The assets would be purchased by a trio of team owners who would subsequently rename CART, the Champ Car Open Wheel Racing Series.

“Right now the group that put their bid in for this thing are not idiots,” Andretti commented on the pending new buyers of the remains of CART.

“These guys are businessmen and they know how to put together two plus two.”

“If I feel I’m optimistic then I have some solid reasons to be optimistic.” 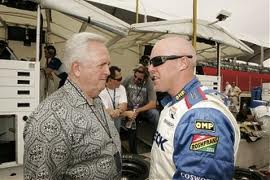 “When you look at Gerry Forysthe and look at what he has invested and what he stands to loose on the other side and what he knows he has to commit to go forward then I don’t think this guy is stupid.”

Andretti was particularly scathing over the safety or lack thereof of the IRL cars.

“There has to be a problem because the cars are so prone to fly quickly.”

“During a race Dan Wheldon this year lost it then overcorrected and as soon as he hit the wall the suspension collapsed and the car had a nose up attitude and even though he killed most of the speed, the car still started to fly.”

Two weeks before this interview took place at Texas during an IRL race, Rahal/Letterman driver Kenny Brack almost lost his life when his car flew into the catch fence at Texas Motor Speedway.

“We’ve seen Kenny Brack because it doesn’t take too much to encourage the car to fly because they have a lot more square inch area in the pod – much wider than a CART car – and with the speeds you’re running at today it seems they are very susceptible to fly.”

“My own accident at Indianapolis (testing for his son Michael’s team) was bizarre if anything. The car’s have a nose design which is weird but that’s the way it is but an object (debris) gets underneath the wing and that’s it you have the perfect speed for take-off.”

“The IRL are dealing with something very different, very lethal because of the nature of the constant speed and the course you are on.”

“It doesn’t mean that some of these accidents can’t happen on a road course as well but they are a lot less likely.”

“Almost every safety feature on a race car is a performance penalty.” 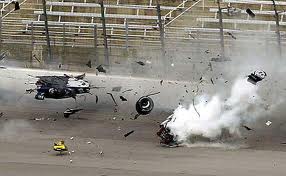 “I wouldn’t have given two cents for Kenny Brack’s life in the Texas deal and he was lucky no question that his head didn’t hit a pole.”

“I was lucky last month at Indianapolis no question. Twenty years ago neither of us would have been talking to anyone after those crashes.”

“Unfortunately it takes an event to make you smarter but you can only say you’re smarter if you pay attention to it.”

“I must say I think this sport has been responsible over the last 15 to 20 years.”

NEXT WEEK click on SPEEDCAFE.COM for part 3 of an all encompassing interview with Mario Andretti which touches on his life and times as a boy growing up in Italy.