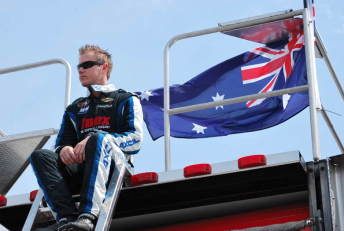 Australian NASCAR hopeful Scott Saunders has secured a unique Australian sponsor for his next two events in the NASCAR Nationwide Series.

Having made his Nationwide debut at Iowa in August, the 23-year-old Queenslander will be backed by Australian-owned beer company Broo.

Broo Beer will adorn Saunders’ car at both Kansas (October 20) and Texas (November 3).

The all-Australian brewed beer is moving into the American market and is using Saunders as pat of its early US marketing program.

Saunders’ Nationwide debut at Iowa was a steady affair, with the Australian starting 36th and finishing 28th in his #124 Toyota.