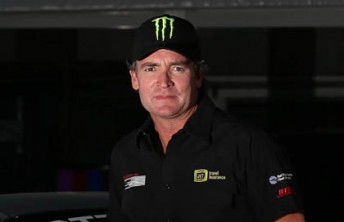 Craig Baird has taken a last lap pole on a damp Mount Panorama circuit this morning.

The star Kiwi driver, who will team up with Lee Holdsworth in the IRWIN Ford in the Bathurst 1000 tomorrow, saved his best until his last lap, waiting until the track was at its driest to secure the top spot.

His countryman Jonny Reid held the top spot for the majority of the session, only to fall to second place as the chequered flag waved.

Dutchman Jeroen Bleekemolen will start eighth after picking up a puncture as the circuit was drying.

Former AFL player Troy Wilson and Tony Bates round out a mixed top 10.

The 20 minute session was marred by a number of incidents, with Ray Angus the first to taste the wall on the greasy circuit. Pedersen and Richards were also caught up in different levels of drama.

The first Carrera Cup race of the weekend will be held at 1215.