When Mario Andretti voices his opinion on anything to do with motor racing you can hear a pin drop.

As a driver lauded as one of the greatest all-round racers in history he commands massive respect.

Visiting the Gold Coast Indy in 2003, Speedcafe.com’s Gordon Lomas caught up with Andretti over lunch in the foyer of the Marriott across the road from the pit straight.

The topic of the conversation soon turned to Ferrari, a marque Andretti says helps glue grand prix racing together along with the time-honoured Monaco race.

Ferrari had transformed into a very different marque than what Andretti remembered when he was commissioned to drive for the Prancing Horse in the 1971 and 1972 season.

During that era the iconic Maranello company was feared and revered but at the same time it was erratic and prone to failure.

Wind the clock on 30 years and Ferrari has undergone a stunning transformation.

The trigger was the stroke of a contract that lured Michael Schumacher from Benetton where he won World Championships in 1994-95 to Ferrari in the late 1999’s.

Schumacher led an entourage of the best people including Ross Brawn from Benetton over to the Scuderia.

The Schumacher era was the most invincible in the modern era, stringing together championships with ridiculous ease.

Andretti, who recorded his first F1 win in a Ferrari at South Africa’s Kyalami circuit in 1971, considers Schumacher to be the best driver of any era. “I’d probably say Schumacher is the best,” Andretti uttered after a pause.

“At the same time he has probably had the best run or equipment for some time and for many seasons.”

“But at the same time he deserves the credit for bringing the engineers like Brawn from Benetton and rally all the troops at Ferrari to a new level.”

Andretti marvelled at the level of professionalism Ferrari achieved through the Schumacher era.

And he defended Schumacher’s ability amid a brace of technical and electronic support grand prix cars use in their DNA.

“It can be debated whether a driver had more influence years ago compared with today,” Andretti started.

“I look at the computer as a tool and I’ve said it a thousand times, a tool to advance your knowledge.”

“A computer does not do the work for you. It gives you the information.”

“But you have to ask the computer what you want to know therefore it’s not a substitute for what you know.”

Andretti concedes that the shortcoming in computer technology is the inclusion of the sequential transmissions.

“I still think drivers should be the ones to control the revs.”

“I’m not saying you should not have a rev limiter.”

“This is where the more complete driver can really do it right and that’s something that’s taken away from F1 drivers where they cannot make a mistake. A computer will not accept a gear.” 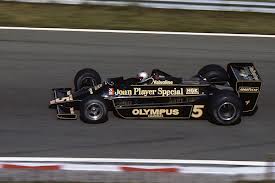 Mario Andretti in his championship-winning Lotus

Andretti’s arrivederci tour in 1994 pulled the curtain down on his full-time competition career which netted him the 1969 Indy 500, 1978 F1 World Championship with Lotus, 1967 Daytona 500 and Sebring 12-hour, Pikes Peak Hillclimb among a string of other highlights.

The only major race win to elude Andretti is the Le Mans 24-hour sports car classic.

He has tried many times since he made his debut at La Sarthe in 1966 in a Holman Moody Ford MKII he shared with Lucien Bianchi but the car expired before midnight.

Andretti returned the following year and was lucky to escape serious injury after brake failure in his Ford MKIV.

The Italian-born Andretti who migrated to the United States with his family when he was in his late teens in the 1950’s did not attempt Le Mans again until 1982 when the curtain came down on his grand prix career.
In 1982 Mario and son Michael went hunting the greatest sports car prize in the world in a Mirage M12 Ford which they qualified ninth but it was disqualified before the start of the race because an official had found an illegally placed oil cooler behind the gearbox. The Andretti’s finished third in 1983 and they then teamed up with John Andretti, Mario’s nephew, in a Porsche 962 to finish sixth.

A year after Mario’s fulltime retirement he teamed up with Bob Wollek and Eric Helary in a Porsche-powered Courage to finish second, the closest he would come to getting his hands on the twice-around-the-clock trophy.

There were three more attempts, the last being with the ambitious Panoz LMP1 Roadster in 2000, an outright contender who shared with David Brabham and Jan Magnussen but the entry was hit with its share of problems and would complete 315 laps, 53 short of the winning Audi R8, the car that started the four-ringed badge’s stunning Le Mans revolution.

The poignant part of the Panoz campaign was that at 60 years of age Mario realised it was probably going to be his last hurrah of completing his final bucket list race.

But true to his competitive nature Andretti fell short of flying the white flag.

“I keep that option open to do Le Mans but realistically every year the reality dwindles because I’m 63 years old (at time of interview),” Andretti said with disappointment etched over his weathered face.

“I still think I could be some sort of an asset but deep down I know that my actual race driving is over.”

NEXT WEEK: Part 2 of the three-part Mario Andretti interview delves into Mario’s view of the CART/IRL fracture.