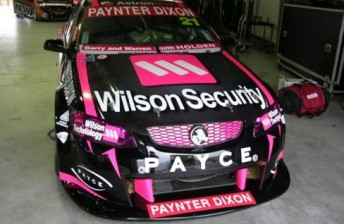 The move continues a partnership between the sponsor and the foundation that has seen ‘pink’ cars at Bathurst in each of the last four years.

The #21 Holden’s primary driver, David Wall, previously raced in the colours at Paul Cruickshank Racing in 2009, and says that promoting the support of cancer patients feels particularly poignant this year.

“Cancer is quite prominent in my family with two of my closest family members fighting it at the moment,” he said.

“It’s also prominent in my family history as well so the McGrath Foundation is very close to our hearts.

“It’s an amazing cause that has helped a lot of people through tough times. I was first part of it in 2009 and, when the opportunity came up to run a dedicated livery again, I was very enthused about it all.”

Wall will be joined at Bathurst by New Zealander Chris Pither.