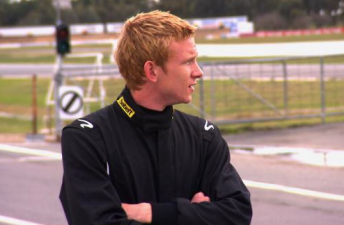 Jesse Dixon has been confirmed as the winner of the Shannons Supercar Showdown television show, scoring the final seat in next weekend’s Supercheap Auto Bathurst 1000.

Dixon will partner up with Cameron Waters in the #23 Shannons/Carsales.com.au entry. The ex-Walkinshaw Racing-built Commodore VE will be prepared by Minda Motorsport, with assistance from Kelly Racing.

Last week, the car’s original driver Grant Denyer was ruled out due to a shoulder injury, replaced by Waters. CLICK HERE for Speedcafe.com’s previous story.

The pair will be the youngest-ever combination to tackle ‘The Great Race.’ Dixon, 20, and Waters, 18, undercut the previous record of Jack Perkins and Shane Price set in 2006.

Dixon has conducted a number of test days, including the driving elements within the Shannons Supercar Showdown. He will get his next drive of a V8 Supercar in the opening practice session at Mount Panorama this Friday.

See below for the complete 2012 Supercheap Auto Bathurst 1000 field