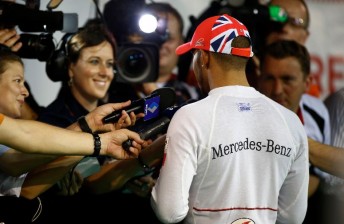 Lewis Hamilton’s defection from McLaren to Mercedes could be announced as early as today according to British media reports.

The Guardian newspaper claims that the 2008 World Champion has inked a three-year deal with Mercedes worth $100 million.

It is said that the announcement of Hamilton’s impending arrival at the team will be made directly after Mercedes bosses sign-off on the latest Concorde Agreement later today.

The news is tipped to spell the end of Michael Schumacher’s ‘second career’, which has yielded a single podium finish in three seasons.

Mexican rising star and current Sauber driver Sergio Perez is thought to be the most likely to fill Hamilton’s seat alongside Jenson Button at McLaren.