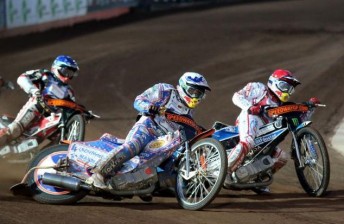 Former five-time world 500cc champion Mick Doohan was one of the first to pay tribute to Australian Jason Crump on the announcement of his retirement from the world stage.

“It is a shock to hear Jason is retiring,” said Doohan.

“Jason is one of the true gentlemen of the motorcycling world. On the track he has cemented himself into the history books of modern day Speedway Racing as one of the hardest men to compete against.

“He has shown his strengths in securing not only one but three world titles in a sport that is fiercely competitive and luck has had nothing to do with it.

“He has dedicated his life to achieving his goals, and in doing so he has also put and kept Australia at the pointy end of world Motorsport.

“(He’s) a true athlete. Australia has very few world motorsport champions and Jason has put himself towards the top of that ladder as well.”