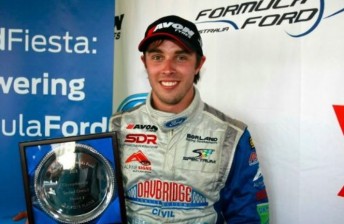 The 22-year-old Surfers Paradise local will drive the Porsche Cars Australia-owned Guest Car that’s set to be campaigned at the upcoming Bathurst round by Dutchman Jeroen Bleekemolen.

Davies currently sits fourth in the AFFC points standings as he doubles his Australian racing with selected appearances in the US Formula F1600 Championship.

“I just love the Gold Coast street circuit and all the event represents – it’s just an awesome event all round,” he said of making his Carrera Cup debut.

“I am still pinching myself that this year I’ll be charging around the streets of Surfers in a Porsche Carrera Cup Car.

“I can’t wait to get stuck into and hope to have a shakedown run somewhere prior to the event in order to acclimatise to the car.”