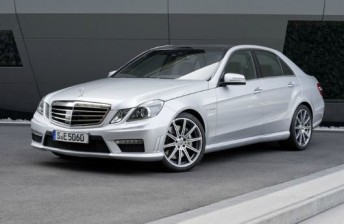 Mercedes-Benz Australia has explained its apparent backflip in rejecting and then approving Erebus Motorsport’s V8 Supercars plans as a misunderstanding of the team’s proposal.

The local arm of the car manufacturer made public in early August that it had rejected Erebus’ proposed V8 Supercar program as the category did “not a fit with the Australian and New Zealand brand positioning (of Mercedes-Benz).”

Today’s announcement was attended by MBA’s corporate communications manager David McCarthy, who emphasised that it approved the arrangement between Erebus, AMG Customer Sports and Stone Brothers Racing but has “specifically zero” involvement.

He also confirmed that Erebus’ proposal had not changed since it was rejected in August, but denied that any external pressure was applied for MBA to change its initial decision.

“We made an initial call on the matter, but after we then sat down with Erebus we worked through those issues and are now very comfortable with it,” he said.

“At the end of the day the customer is what matters. They (Erebus) are a loyal customer and a strong customer.

“It’s a discussion that’s been ongoing, but the proposal hasn’t changed. It’s the understanding of the details and the expectations on both sides is what became a lot clearer, and that’s how we reached an agreement.”

McCarthy stressed that MBA’s dealers are supportive of the company’s decision not to have a direct involvement.

Erebus Racing CEO Ryan Maddison confirmed that the three E63 AMG race cars will carry Mercedes badgework but no additional signage. He added that he was not disappointed by MBA’s decision against having an official involvement.

“This result has been our entire objective right from the beginning,” he said.