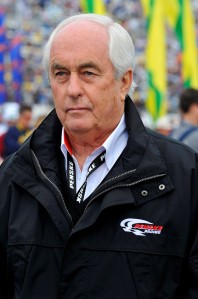 Some teams have an affinity to win races time after time.

In Roger Penske’s case one particular race just happens to be the “greatest spectacle in racing”.

The Indianapolis 500 – the embodiment of all things Americana when it comes to motor racing – is a happy hunting ground for Penske.

Over the years the giant Penske organisation has managed to claim the Borg Warner trophy an astonishing 15 times. No other team is remotely close to that number.

When Sydney star Ryan Briscoe surged to pole position for the 2012 edition of the Indy 500 it looked like win number 16 was a fair bet.

It wasn’t to be however the Penske legend lives at the Brickyard.

For Penske the Indy legend began with the incomparable and brilliantly gifted Mark Donohue won the 1972 Indy 500, providing Penske with his first victory in America’s most famous open-wheel race.

A few years earlier Donohue was pivotal in putting Penske on the map as a formidable team owner by winning US Road Racing Championships and Trans-Am crowns.

Donohue would ultimately lose his life when Penske launched a full-blooded attack on Formula One in 1975 after crashing in practice for the Austrian GP at the notorious Osterreichring. 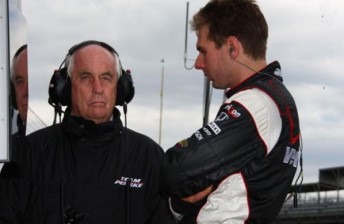 After being admitted to hospital Donohue’s condition worsened and the following day he took his last breath after suffering a cerebral hemorrhage.

During a 2007 tour of the massive Penske Racing headquarters in Mooresville, Charlotte, North Carolina, Roger took our small group of motoring scribes into the bowels of his operation.

A guided tour led by the man himself was certainly an honour and a memory worth sharing.

“Every time we win the Indy 500 we have one of these murals made,” Penske began, his eyes searching over the images of memorable steerers like Rick Mears, Al Unser jr, Gil De Ferran….

“That one there is Donohue of course who won my first 500 and he was the driver who played a big part in our early success,” Penske reflects. 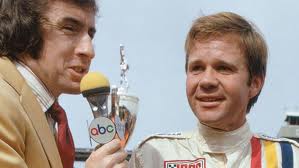 One of the Porsches sitting near Donohue’s image was being driven at the time by Briscoe whom Penske accepted into his inner sanctum with open arms.

“I think Porsche is a terrific stepping stone for him (Briscoe),” Penske commented in 2007.

“I’ve never been into the business of comparing drivers but I think he’s up there with the very best.”

“You know his road racing ability and I think he is as good as anybody.”

“I’ve never seen a more thorough race report than Ryan gives his engineers and he works extremely well with the sponsors and the media.”

High praise indeed for an owner who has turned his great passion into a leviathan concern.

Penske started out by purchasing a small business in 1969 which became the nucleus of his trucking empire which did about $800,000 revenue annually. Fast forward to 2007 and that number grew to $4billion with 220,000 trucks, 80,000 which are either on lease or on the rental side of the concern.

Penske employs a whopping 38,000 employees worldwide in 1700 locations and his United Auto Group moved to be in the top 200 in the Fortune 500 list.

“We sell 41 different brands so we have the benefit of seeing eyeball to eyeball with products we’re involved in from a retail standpoint,” Penske says.

“We have 15,000 employees just in the retail automobile side and we have 10 Porsche dealerships.”

“About $500million in sales come from our Porsche dealerships on a worldwide basis.”

The Mooresville racing HQ is a jaw-dropping palace where his NASCAR, IndyCar and ALMS programmes run side-by-side. Not far away Penske also operates a wind tunnel and an adjoining shaker rig.

The primary HQ sits on a 100-acre site and the premises encompasses 40,000square feet where 366 people are employed.

“We try to keep this operation as open as possible for the workers and for the fans. We’ve got teams working side by side.”

“When you look at our racing revenue it is about $100million annually and that includes prizemoney and sponsorships in all the series.”

“And we will run in over 100 races this year for that kind of revenue.”

His association with Porsche originally began back in the 1970’s when Penske was running a Ferrari at the Le Mans 24-hour race. 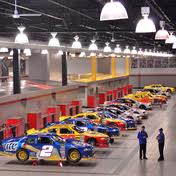 “We ran the Ferrari at Le Mans and I got a call from Porsche to ask whether we would meet with them so we organised a meeting at a hotel in Stuttgart and the relationship started from there,” Penske explained.

“We had the opportunity to join with Porsche again for the ALMS programme. Someone asked me how that happened and it was when I was at the Detroit Motor Show a couple of years ago (mid-2000’s) and Porsche approached me to see if I had any interest in partnering them in the ALMS which I did.”

With racing wins around the 300-mark and almost two dozen national Championships in the US, Penske has done it all in a remarkable passage of racing history since the late 1960’s.

Team Penske has fostered a culture within its group where employees find it extremely hard to leave.

“We have three disciplines here (IndyCar, NASCAR, ALMS) and we can move our people around,” Penske says.

“One of the advantages of being under one roof is that we can move people from discipline to discipline and then get the benefit of some upward mobility in an organisation so you don’t become stagnant and I think that’s very important.”

“When I look back to see what we’ve accomplished I think that’s what has motivated me more than anything else is the racing.”

“You have big disappointments but you have to deal with them. In business you have to manage your way down and back up again. To me racing is a great resource, a great opportunity to build a group of people.”

“They come here to work and they love it.”

The same can be said for millions of fans around the world who idolise Penske’s abilities, success and ideals.