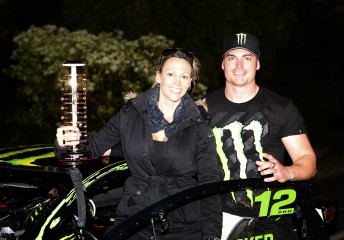 A number of ANDRA Drag Racing Series Pro Stock regulars will be turning out this Saturday at Willowbank Raceway for the Pro Street Shootout, with no less than five of the National series regulars expected at the outer Ipswich venue.

Leading the charge will be Fuchs Winternationals Champion, Shane Tucker and his sister, Kirsten, whilst Victorian, Lee Bektash will have his Mopar machine on hand.

Pro Stock is considered to be one of the toughest categories of racing in Australian motorsport, let alone drag racing and the recent Winternationals at Willowbank highlighted that in spades, the field covered by thousandths of a second.

“Cannuli will be just one of ten racers to heat up the popular 10.5 bracket famous for its big burnouts and tight competition, while in the pro street brackets Victorians Dom Luppino and Craig Brewer will be joined by Tristan Ockkers in their impressive mustang, Holden HR panel van and blown mincer Capri respectively,” said organiser, Johnny Wilson.

“Stuart Henry will also make a return in his modified street Capri with a nitrous big block under the hood, alongside the impressive pro-charged Torana hatchback of Mick Voarse which has been running big numbers recently.

“It isn’t all about turbos and nitrous either, with the naturally aspirated brackets throwing up a number of names and cars to watch including Pete Pronesti, Matthew Basonovic and Mick Broady.”

There is a huge field expected right across the 10 categories that will race to the ‘Chicago Shootout’ (three rounds and a final) format, ensuring plenty of on track action. There will be a show n shine and plenty of on and off track features.

Tickets are just $25 for adults, $20 concession and can be purchased at the gate. Qualifying begins at 11am with racing from 4pm.