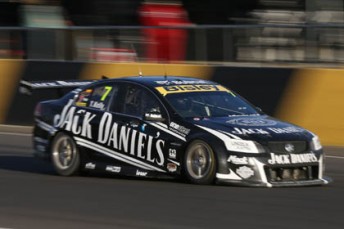 The third episode of the 2012 Crimsafe Endurance Countdown looks at Kelly Racing four car team and its chances ahead of the Sandown and Bathurst endurance races.

The Victorian-based team won’t forget 2012, for good and bad. In February, the team confirmed it would become the factory Nissan Motorsport team in 2013, and yesterday, it unveiled the engine package it will slide into its new cars.

On-track, though, results have been hard to come by.

Former champion Rick Kelly has been a consistent top 10 finisher in the V8 Supercars Championship since he started full-time in the class, but this year, he sits an uncompetitive 16th.

Three of Kelly Racing’s four drivers have won at Mount Panorama. Can the team turn it around for the two driver races?

What rating will the Speedcafe team give Kelly Racing?