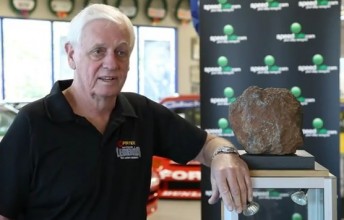 The missing link in one of the most widely documented moments in Australian sporting history has been solved and will be unveiled publicly for the first time at the annual Pirtek Legends Dinner, presented by Speedcafe.com on Friday, October 19.

A mystery fan has come forward to give a first-hand account of how the rock rolled onto the track at Bathurst in 1980 and destroyed Dick Johnson’s dreams.

After keeping what he saw secret for more than 30 years, the retired public servant will join Dick Johnson as a special guest on stage at the dinner and reveal all.

There is strictly 300 tickets only for this event and more than 50 percent have already been secured by corporate partners.

The famous rock, which is insured for more than $1 million, will also be on display for photographs with dinner guests.

CLICK HERE to purchase your tickets to this exclusive event. For more details, call Helen at BAM Tours on (07) 55 631155; or email: [email protected]

Where: Surfers Paradise Marriott Hotel Resort and Spa – 158 Ferny Avenue, Surfers Paradise
When: Friday, October 19, 2012
Time: 7pm – 10.30pm
Tickets: $300 (inc GST)
Table of 10: $2750 (inc GST)
Guests will include Dick Johnson, John French and Greg Murphy as well as the mystery fan who saw the rock incident first hand – the first time he has told his story in public.
Entertainment: There will also be a guest entertainer, a great audio visual program and silent and public auctions of some rare memorabilia as well as a lucky door prize. There will also be the opportunity for you to have your photo taken with the famous rock.

See below for a preview video to the event. 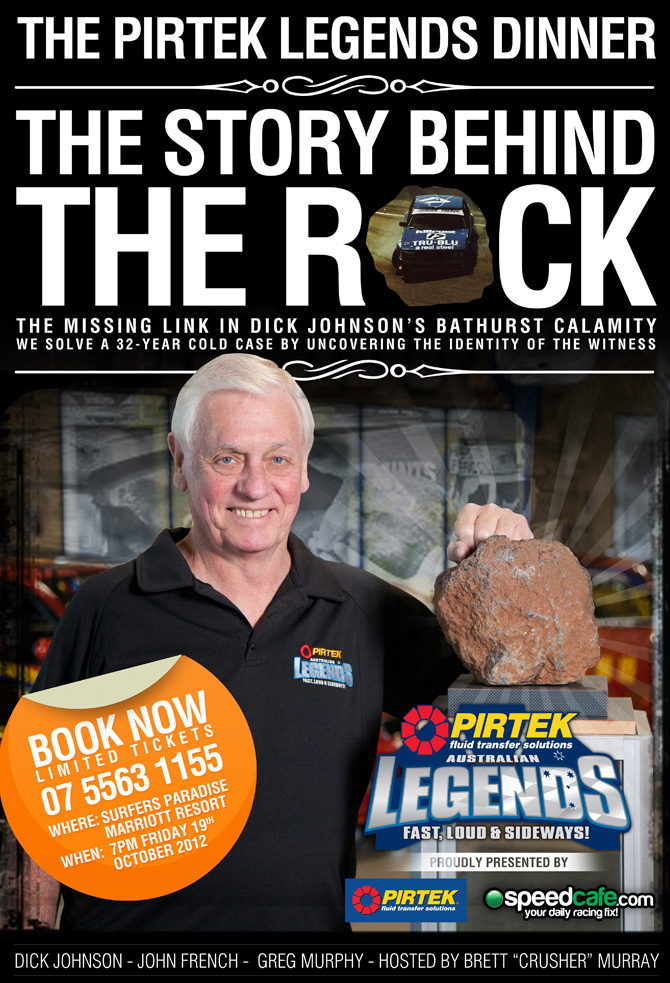