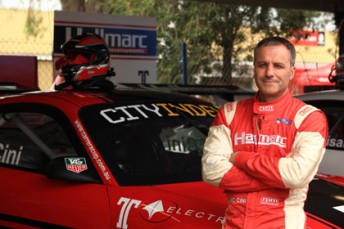 With the next round of the Carrera Cup Australia championship at Bathurst still a month away, the Elite Class driver will contest Round 4 of the Asian sister series with PS Racing.

“I’m really doing it for a bit of fun. [Carrera Cup Asia’s] Ian Geekie had a spare drive and I decided I’d take up the opportunity,” said Cini.

“I really have no expectations this weekend. I’ll have more of an idea where I’ll be after practice. I know the track quite well; I’ve raced at Sepang many times before. I’ll also have [my Carrera Cup Australia Team Manager] Karl Batson with me who will head up the engineering side of things.”

The Carrera Cup Asia round is a support category to the Merdeka Millenium Endurance Race, also held at the Malaysia circuit this weekend.

After his Sepang race, Cini is aiming to to join the grid of the prestigious Formula 1 Singapore Grand Prix at the Marina Bay Circuit, held on September 21-23, 2012.

If he competes on the street course, he will drive alongside Carrera Cup champion Craig Baird.

“I’m also hoping to race in Singapore, so I’ll try to put something together to compete there in a couple of weeks.”

Porsche City Index Carrera Cup Australia will next line up at the Supercheap Auto Bathurst 100 event at Mount Panorama on October 4-7.