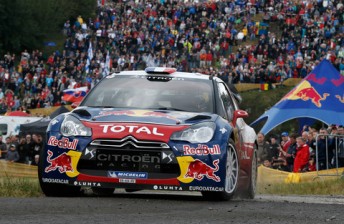 Sebastien Loeb has victory within sight in Germany

Sebastien Loeb is just three stages away from winning Rallye Deutschland for a ninth time after a solid drive on the second leg of the event.

Petter Solberg led a string of retirements amongst the leading the group, after he broke a wheel after striking a rock. The Citroen star was left in the clear 1m42.9s ahead of Jari-Matti Latvala.

“We have finished the second day with a good lead so it’s looking good for tomorrow,” said Loeb.

Mikko Hirvonen is third in the second factory Citroen after the Finn reported an upturn in confidence during the afternoon. 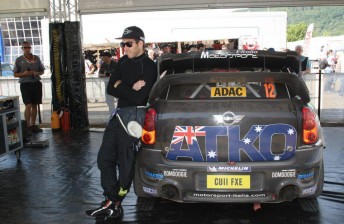 Dani Sordo was up to third, but the Spaniard in the Prodrive-run MINI John Cooper Works WRC stopped on the final stage with a loss of cooling fluid following an off. It’s unclear whether Sordo will be able to restart on day three.

Ott Tanak shone with a brace of stage wins in his M-Sport Fiesta in the afternoon but then blotted his copybook when he took a rear wheel off. The Estonian driver’s woe elevated Mads Ostberg to fourth and Australia’s Chris Atkinson to in the WRC Team MINI Portugal. 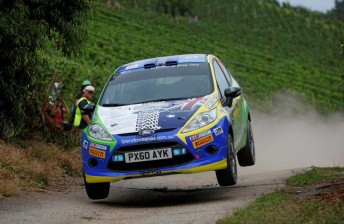 “It was a fantastic day for me and the team,” said Atkinson.

“We are now in fifth position and that’s clearly more than we expected so it’s pretty exciting.

“Of course other people had troubles but they were pushing quite hard whilst we decided for a sensible and consistent approach all weekend and so far everything is going according to plan.”

Australia’s other entry, Brendan Reeves, finished fifth in the WRC Academy section of the rally to remain second in the overall standings in that competition. The young Victorian had an eventful day; after he was sitting third he had some late dramas.

“The last stage [SS12] was good until about 24 kilometres in!” said Reeves.

“We went off into the trees and became stuck there for a good fifteen minutes or so.

“We managed to get the car going again, but then we got a puncture. But we got it back. In the end we have only lost five championship points compared to where we were, but it is still disappointing to end like that!”