Tekno in no rush to sort its 2013 driver line-up

Tekno in no rush to sort its 2013 driver line-up 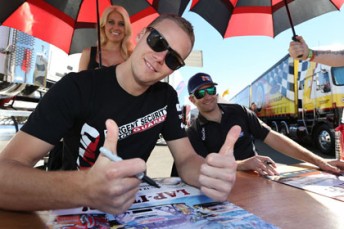 Tekno Autosports will not rush a decision on signing its second driver for the 2013 V8 Supercars Championship.

The two-car Holden team, owned by driver Jonathon Webb’s father Steve, is one of few teams with an unsigned seat for next year’s championship.

Having chipped its way through 2012 without a naming rights sponsor, the team has impressed on occasions in its Triple Eight-built Commodores, with its drivers Webb and Michael Patrizi currently 20th and 19th respectively in the points standings. 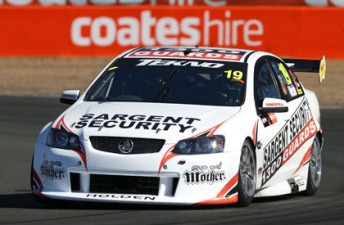 While the team has said in the past that it would like a championship-winning calibre driver to partner Webb in the future, who will line-up alongside him next year won’t be decided anytime soon, according to the man himself.

“To be honest, we’re not in a massive hurry to sort anything,” Webb told Speedcafe.com.

“We’ve still heavily focused on this year, trying to find dollars for next year, and depending what driver you get will obviously affect all of that too.

“We’re still a good couple of months of sitting down and genuinely deciding what we’re going to do for next year.

“And look, if Michael keeps doing what he’s been doing, he’ll be on top of our list.”

Webb says that he is not the only person to be impressed with Patrizi’s performances this year.

“More than anything, people know him as the fiery little Italian, but in my opinion, he has settled down and focused on what he needs to do and achieve the goals the team had set him, Webb said.

“He has followed that to a tea, and obviously people are now sitting up and taking notice, which is perfect.”

The team returns to ‘clean skin’ white Commodores at Sydney Motorsport Park this weekend, with no major sponsorship locked in for the event.

The V8 Supercars action at Eastern Creek kicks off on Saturday.