Greg Murphy ruled out of Taupo, replaced by Nick Cassidy

Greg Murphy ruled out of Taupo, replaced by Nick Cassidy 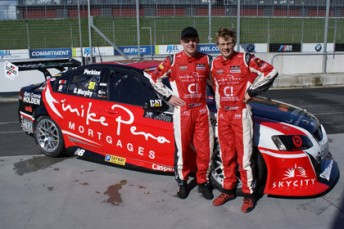 Nick Cassidy will replace Greg Murphy for the first V8 SuperTourers two-driver round at Taupo on September 1-2.

Due to his continuing recovery from back surgery, Murphy will sit on the sidelines for the Taupo race, leaving Jack Perkins to lead the #51 Mike Pero-backed Commodore VE.

Perkins will be paired with Cassidy, 17, where both drivers will make their V8 SuperTourers debut.

The extra time away from the seat means that Murphy will make his next race start at the Dick Smith Sandown 500 in his Pepsi Max Crew V8 Supercar, two weeks after the Taupo event.