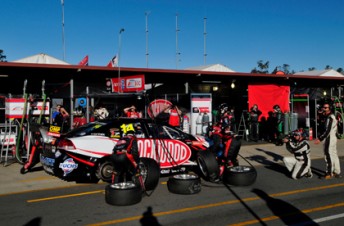 Brad Jones Racing is pressing ahead with plans to remain at a three-car level in the V8 Supercars Championship next year and beyond.

The Albury-based team, currently enjoying one of its most competitive seasons in recent years, says it will stick with the three-car model, despite approaches from other parties interested in purchasing its Racing Entitlements Contracts.

With the team sitting in a strong commercial position heading into 2013, team co-owner Kim Jones says that he expects no change to its three-car position next year. 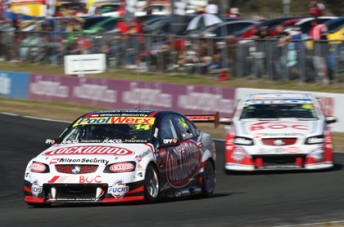 “At the moment, we’re currently locking in our major sponsorship deals, but everything is looking OK and our focus is to continue status quo and remain at three cars,” Jones told Speedcafe.com.

“At this point, we’re running three cars in 2013, with three naming-rights sponsors.

“We’re in our 10th year with BOC. It has been a year-by-year deal each year, and it remains that way.

“BOC is really part of the BJR family, and we’ll continue to work with them for many years to come.

“Assa Abloy (owners of the Lockwood brand) is ecstatic with its V8 Supercars program to date and program is ticking along very nicely.

“It’s all a work in progress, but from where we sit, it’s all very positive and we feel we’re in a strong position, both on and off the track.”

Away from the track, the team continues to build its Car of the Future Commodores ahead of the category’s new regulations. As reported previously, BJR expects to get its first car in the track by November or December this year.