Billy Mackenzie to return for Kawasaki this weekend

Billy Mackenzie to return for Kawasaki this weekend 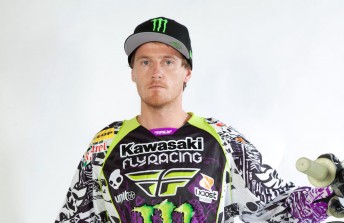 Scotsman Billy Mackenzie returns to the MX Nationals this weekend

Scotsman, Billy Mackenzie will make his return to the Monster Energy MX Nationals this weekend at Appin in Sydney after an enforced layoff due to injury.

The multiple World Motocross Championship round winner has missed the last five rounds following a hand injury in round number two. The injury was a huge blow for the Kawasaki team that has struggled throughout the season despite its all star line-up, which includes four times and defending MX Nationals Champion, Jay Marmont, along with Kade Mosig.

Mackenzie says he is raring to get back aboard the ‘green machine’ and the addition of his European technician, Andy Pringle has fired up the entire  Castrol-backed Kawasaki squad this weekend.

“I’m really happy with how the KX450F’s been working the last few weeks. I was really pleased to have mechanic Andy Pringle join the team,” Mackenzie said. “Andy was there with me in Europe the last time I was the British champion, he was actually the head mechanic at the team I was riding for so he’s a great addition to the team. (The team) has been working really hard and have come up with some really good results.

“Hopefully I can mix it up with the guys up the front at Appin, because it’s been a while and I’ve missed it.”

The eighth and third to last round of the MX Nationals will take place this Sunday at Appin in Western Sydney.