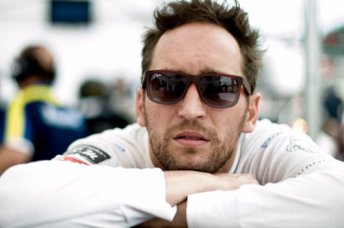 Franck Montagny has been confirmed as a co-driver for this year’s Armor All Gold Coast 600.

The Frenchman will team up with Karl Reindler in the #11 Fair Dinkum Sheds Commodore VE for the popular street race.

Montagny is the third Kelly Racing driver to be announced, with Graham Rahal set to partner Rick Kelly, while fellow IndyCar driver Marco Andretti will team with Todd Kelly.

The team’s fourth driver (to pair with Greg Murphy in the #51 Pepsi Max Crew Commodore) will be announced in the coming days.

The signing of Montagny means that two Frenchmen will now work with the #11 entry, with the car’s engineer Mathieu Galoche originally from France.

Montagny has enjoyed a varied career, completing a short stint in Formula 1 with Super Aguri and a number of years as a test driver for Renault and Toyota. The former World Series by Nissan champion has more recently raced in the American Le Mans Series, plus finished runner-up twice in the Le Mans 24 Hours.

Montagny says that he is excited about making his V8 Supercars debut.

“I am grateful to Fair Dinkum Sheds Racing for the opportunity to come and race on the Gold Coast,” he said.

“I’m truly excited to go there and to attend this race. It’s pretty different to what I used to do so it’s a new challenge, everything will be brand new for me – a new category, a new team, a new team-mate, a new track. This could sound a little bit stressful but actually that’s exactly the kind of challenges I like!”

Team driver/director Rick Kelly says that he expects Montagny to adjust to the V8 with little fuss.

“Franck is a terrific signing for Fair Dinkum Sheds Racing. His talent behind the wheel in unquestionable and will no doubt adjust quickly to the demands of driving a V8 Supercar and support Karl well on the Gold Coast,” Kelly said.

“V8 Supercars are difficult cars to drive and having experience beyond open wheeler’s is an asset.

“The category has done an excellent job of attracting profile drivers to the event and to secure Franck in our team is very pleasing and look forward to also working alongside him.”