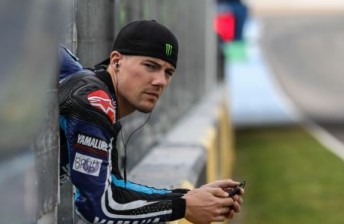 American Ben Spies has confirmed his exit from Yamha’s factory MotoGP team at the end of this season.

The 28-year-old has endured a difficult second year so far with the squad, sitting 10th in the standings at the season’s halfway point, a full 119 points behind team-mate and championship leader Jorge Lorenzo.

Spies has enjoyed a long relationship with Yamaha, having won the 2009 World Superbike Championship for the company before graduating to its Tech 3 satellite MotoGP outfit and eventually to the factory team.

Spies broke the news of his departure by sending an email to website Superbike Planet, which read in part:

“I have chosen to leave Yamaha after this season for a litany of reasons. I will explain more when I feel it is appropriate.

“I’m discussing my situation with my sponsors and they are behind me. There are a few people at Yamaha who I hate to leave. And they know who they are. I wish Yamaha the best. I won’t make any further comments until the official announcement comes out.”

Current Tech 3 rider Andrea Dovizioso is currently the favourite to take over Spies’ ride, while the future of the Texan remains unclear.