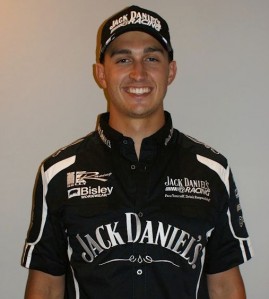 Jack Daniel’s Racing has added a second IndyCar Series driver to its line-up for October’s Armor All Gold Coast 600, with Graham Rahal set to partner Rick Kelly in car #15.

The team had previously announced that another son of a famous father, Marco Andretti, will drive alongside Todd Kelly in car #7.

Rahal moved to the IndyCar Series in 2008 after a single year stint in Champ Car, famously taking victory on debut at St. Petersburg to become the youngest winner of a major open-wheel race in history.

A V8 Supercars rookie, Rahal says he’ll be looking to soak up as much information from Rick Kelly as possible.

“Rick has a very successful history in the series, so I have a great guy to lean on to get up to speed as quickly as possible and hopefully we can deliver a quality result for the team and Jack Daniel’s,” said Rahal, who has previous experience of the full Surfers Paradise circuit from the 2007 Champ Car race & 2008 IndyCar event at the venue.

“I want to win,” he added of his goal for the event.

“That’s what we go racing for. Certainly a top 10 would be awesome and getting back in the race for 2013 would be ideal!”

Kelly meanwhile enthused over having members of two of motor racing’s most famous families join his team.

“Jack Daniel’s Racing has secured two of the biggest names in American racing, Andretti and Rahal, and I am confident Graham will do an outstanding job for us,” said Kelly.

The signings are understood to have been orchestrated by the team’s performance director Tony Dowe, whose resume includes an Indianapolis 500 victory as chief mechanic to Johnny Rutherford in 1980.