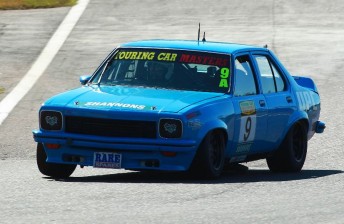 Touring Car Masters front-runner Tony Edwards has elected to end a five-year full-time stint in the class in order to concentrate on business interest in the United States.

After suffering initial teething problems, the Torana has finished on the podium in each of the last two rounds, leaving Edwards second to Jim Richards in the current corrected series standings.

Edwards has put his car up for sale, although says he may make cameo appearances in the class later in the year.

“I have enjoyed immensely my five years competing in TCM and will miss it considerably,” said Edwards.

“With the budget for this year used from the dramas we had last year, it’s disappointing to leave with the Torana now fixed and reliable.

“It’s such a shame that we did not get to see the full potential of the car but it has produced flashes of speed and two great results at the last two rounds so I’m confident it will win races sooner rather than later.”