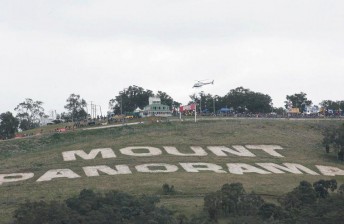 Two new grandstands will be added to the Mount Panorama Circuit for this year’s Supercheap Auto Bathurst 1000 as V8 Supercars prepares for a record attendance.

Named ‘The Chase’ and ‘The Mueseum’, the new stands are located on the outside of the circuit prior to the left-hand turns at The Chase and Murray’s Corner respectively.

The stands will provide a combined total of 800 additional seats, while an extra 200 seats have also been added to the first stand on pit straight.

The additions follow the selling out of all pre-existing seats on the pit straight and at Hell Corner.

According to V8 Supercars, campsite allocations for the 50th anniversary race were exhausted within 33 minutes of going on sale in April, further heightening expectations that the 2006 three-day record crowd of 192,647 will be broken.

“The reaction has been extraordinary,” said V8 Supercars CEO David Malone of the ticket sales.

“The huge demand has meant we will add new stands which is a nice position for the event to be in.”

V8 Supercars is attempting to assemble a group of cars representing the Series Production, Group C, Group A, Super Touring and V8 Supercar eras of The Great Race as part of this year’s 50th year celebrations.