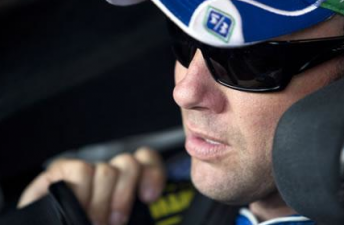 Matt Kenseth has taken pole for the Coke Zero 400 at Daytona.

Kenseth, who recently announced that he will leave Roush Fenway Racing at the end of the 2012 season, set the pace in his Zest-backed Ford, lapping the famous super speedway at a speed of 192.386s, marginally ahead of Chevrolete rivals Ryan Newman and Kasey Kahne.

Kenseth said that all credit for the pole goes to his crew.

“Our lap was obviously a good one.  It was faster than the rest,” he said.

“I had very little to do with it, so qualifying at the speedway races is all about the car and the engine and those guys did a spectacular job at Roush all year long really in preparing our speedway cars.

“They’ve been really fast and Doug Yates and those guys have done a super job on the engines with the new fuel injection and the plate engines have run really good and had us competitive at both speedway races so far this year.”

Ambrose was mystified with the pace, but was pleased with his position.

“It’s hard to know where the speed comes from,” he said.

“It gets lost around this kind of place, but we’re still proud of our effort. I’ve been a lot worse at this place and I’ve just got to thank my team and Todd Parrott and the whole Stanley crew for giving me a good car here. We’ve got a great race car and looking forward to the race.”

See below for qualifying results for the Daytona 400