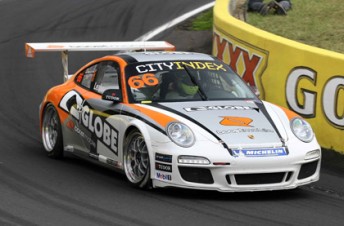 Experienced racer Tim Leahey is a late inclusion in the Porsche City Index Carrera Cup field at Townsville this weekend.

The Orange, NSW resident will drive in the place of Tony Bates, who has been forced to sit out of the Townsville round after undergoing recent surgery.

While it will be Leahey’s first drive at Townsville, he is no stranger to Carrera Cup. The former V8 Supercars endurance driver competed in Carrera Cup in its inaugural seasons. A long spell out of the class was broken last year where he entered the Mount Panorama, Bathurst round (pictured).

For more on Tim Leahey, CLICK HERE for a past edition of Speedcafe.com’s Where are they now?

See below for Speedcafe.com’s Race Guide, previewing this weekend’s event.