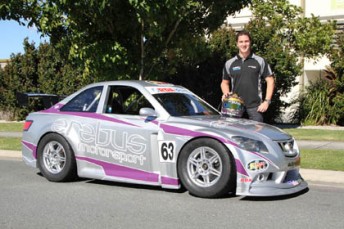 The Erebus squad will make its debut in the Aussies class with former Toyota Atlantic Series racer Josh Hunt and national racing debutant Guy Stewart at the wheel of the cars.

The call up to pilot the Erebus Motorsport FW1 Aussie Racing Car represents a ‘back to the future’ scenario for Hunt. He has raced an Aussie Racing Car previously, scoring pole on the streets of Surfers Paradise.

Of late, Hunt has been satisfying his racing needs behind the wheel of a South African-built Spead in the Australian Sports Racer Series and working as a driver trainer with the Mercedes-AMG Driving Academy. Recently, he set the outright lap record on the new layout at Sydney Motorsports Park.

Hunt says he is looking forward to his return to the Aussie Racing Cars Series.

“There are plenty of race drivers out there without rides, so to be chosen by the Directors to be part of the organisation’s expansion, in many respects, is a real coup.

“Townsville is a brand new track for me, everyone that heads up to Townsville tells me its a fantastic event and I can’t wait to see that first hand. Living in Port Melbourne these days, a trip to the tropics in the middle of winter will be very welcome.”

It will be both Hunt and Stewart’s debut at the 2.86km Reid Park Townsville Street Circuit. Aussie Racing Cars will have four races supporting the Sucrogen Townsville 400 V8 Supercar event.

See below for a complete entry list for this weekend’s Aussie Racing Cars Series.