PIRTEK POLL: Which F1 champ would you like to see race V8s?

PIRTEK POLL: Which F1 champ would you like to see race V8s? 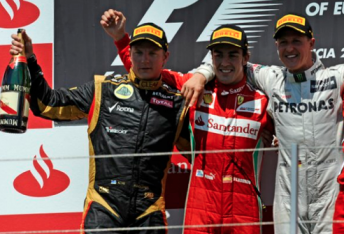 Jacques Villeneuve will compete in his second V8 Supercars event at the Sucrogen Townsville 400 this weekend, becoming only the second former Formula 1 world champion to race in Australia’s premier domestic category.

The other F1 world champ to race in the V8s was Australia’s very-own Alan Jones. The 1980 champion started full-time in the Australian Touring Car Championship in 1990, driving as the team-mate to Tony Longhurst in a Benson and Hedges-backed Ford Sierra. From there, he raced BMWs before the formula switched to V8s, where Jones teamed up with Glenn Seton. Jones scored his best championship result in 1993, finishing second.

Thanks to the Armor All Gold Coast 600’s international driver format, V8 Supercars has seen a number of ex-F1 drivers sample the Ford/Holden class, but the list of world champions have been small.

So, what F1 champ would you like to see race a V8 Supercar?

Vote now on this week’s edition of Speedcafe.com’s Pirtek Poll, below …