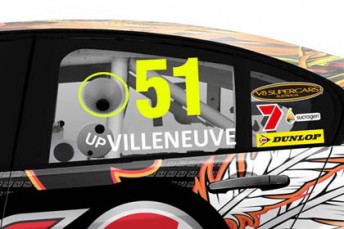 Pepsi is giving Jacques Villeneuve his own personalised livery for his return to the V8 Supercars Championship at Townsville next weekend.

Villeneuve, 41, will drive the #51 Pepsi Max Crew Commodore VE in the Sucrogen Townsville 400, replacing Greg Murphy, who continues to recover from recent back surgery.

In what will be his second V8 Supercars start, Pepsi is going to every length to ensure that Villeneuve’s ride at the Reid Park street circuit will be memorable, regardless of his results.

Since Pepsi joined the V8 Supercars Championship in 2011, the car has undergone eight livery changes. The Villeneuve-inspired new look will be unveiled in Townsville on Thursday. 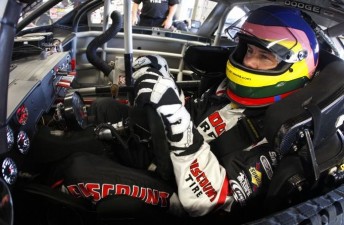 Adam Burling, Brand Manager for PepsiCo in Australia and New Zealand says that the Pepsi Max Crew has put together a livery that will represent the French-Canadian’s one-off drive.

“Having Jacques onboard in Townsville has everyone in the Pepsi Max Crew really buzzing,” Burling told Speedcafe.com.

“To be able to confirm that Jacques will have a livery designed specifically for him has ramped things up another few notches.

“I’ve had a look at the design and can say it’s a real cracker – a very different direction from what you’ve seen from the Pepsi Max Crew so far this season.”

The Sucrogen Townsville 400 kicks off on Friday June 6.