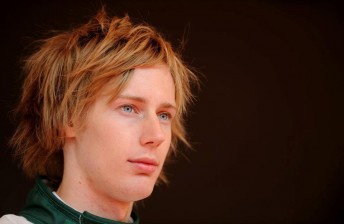 New Zealander Brendon Hartley will get his first taste of a Mercedes F1 car at the Goodwood Festival of Speed this weekend.

The 22-year-old has spent the last 12 months working on the team’s simulator program, but has yet to drive one of the squads actual cars.

Hartley, who who will be handed a 2011 model Mercedes W02 for his runs, says he’s looking forward to the June 30-July 1st event.

“It will be a fantastic experience to not only drive up the hill at Goodwood for the first time, but also to have my first taste of the Mercedes AMG Petronas F1 car,” said Hartley.

“I have worked with the team closely developing their car, but driving the real thing will be a treat. I cannot wait.”

Hartley’s previously enjoyed F1 miles with Red Bull Racing and Scuderia Toro Rosso before the Austrian energy drink company dropped him from its young driver program during the 2010 season.