All positions have been filled, organisers thank the karting community for its support of this opportunity. 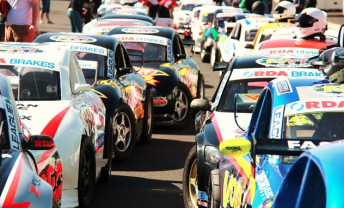 Series organisers of the Aussie Racing Car Series have an opportunity for 25 kart racers to get behind the wheel at Warwick’s Morgan Park Raceway in Queensland.

The test, which is limited to 25 drivers only, will cost $300 per person and is exclusive to drivers over the age of 16 years and holders of a current AKA licence.

Only 17 of the original 25 places remain after eight drivers have already secured their place in the test.

The test will take place at the Morgan Park on Thursday, July 19.

Former V8 Supercars driver and Aussie Racing Car Series representative Jason Bargwanna says the test is designed to give karters a chance to sample a potential avenue for the next step in their driving career.

“Each driver will get around 30 laps in a current-spec car that competed in Townsville a couple of weeks prior,” said the 2000 Bathurst 1000 winner.

“The objective of the day is to give the karters, who may be considering a step in their career the chance to evaluate an Aussie Racing Car first hand.”

Bargwanna will be there on hand to answer questions and explain the options in terms of pricing, details about the championship, television coverage and calendar.