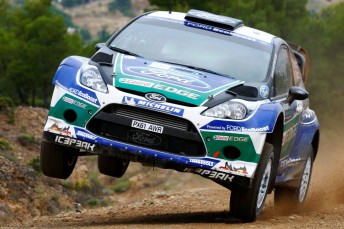 Organisers of Rally Australia have signed a contract with the FIA to stage the 2013 round of the World Rally Championship once again in Coffs Harbour.

Although signed, no date for Australia or the other 12 confirmed events has been announced.

Rally Australia Chairman Ben Rainsford said the contract had been forwarded to senior management at the FIA for presentation to the World Motor Sport Council.

Further discussions with the FIA would focus on an annual event and the specific dates for 2013, having regard for the requirements in freighting cars to Australia.

“We’re delighted to have a place on the 2013 calendar, but there is still plenty of work ahead before we can formally confirm the date and logistics for the event,” Mr Rainsford said.

The most recent Rally Australia was staged on the New South Wales Coffs Coast last September and proved highly popular with fans and international competitors.

While planning continues for WRC Rally Australia, the Coffs Coast will remain in the rally spotlight with a round of the Bosch Australian Rally Championship, the Snake Racing Coffs Coast Forest Rally, on 13-14 October this year.

The announcement of the 2013 calendar, and the subsequent signing of contracts, had been delayed after organisers called for further clarification to the direction of the WRC and in particular the promotion of the series. Last year’s series was promoted by the now defunct NorthOne Sport. The World Motor Sports Council has told organisers that a new promoter will be announced at the next meeting of the WMSC in September.