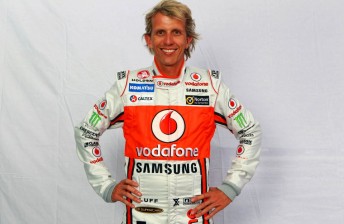 Craig Lowndes’ endurance co-driver Warren Luff has set the pace in the opening practice session for the V8 Supercars at Hidden Valley Raceway.

Luff set the best time of the half-hour session, open to co-drivers and those running in the bottom 50 percent of the points standings, just prior to the 10 minute mark.

A total of 22 cars took to the track during the session, with 2.23s separating Andrew Jones at the foot of the table and Luff.

Teams have been greeted with typically warm and sunny conditions at Hidden Valley this morning. The ambient is expected to push at the Darwin venue 30 degrees during the afternoon.

Practice 2, also for co-drivers and the championship’s bottom 50 percent only, is set to kick-off at 1200 local time.