PIRTEK POLL: Seven winners, but who will be F1 champ?

PIRTEK POLL: Seven winners, but who will be F1 champ? 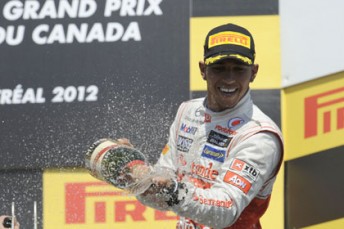 Seven different drivers have won the first seven races in this year’s Formula 1 World Championship. It’s a statistic that has never been achieved before and has created one of the tightest world title fights in recent memory.

McLaren’s Jenson Button kicked off the unique winning streak in Australia, before Fernando Alonso took his ‘slow’ Ferrari to victory in a mixed Malaysian Grand Prix.

In the third race in China, Nico Rosberg was too good, taking his first Grand Prix win.

Normality looked like it returned when Sebastian Vettel cruised to his first win of 2012, but any sense that a true form guide was emerging was blown out the door when Williams driver Pastor Maldonado shocked onlookers with victory at Barcelona. The Venezuelan’s win was Williams’s first in almost 15 years.

Five winners from five races became six from six at Monaco when Mark Webber took his second win at the track. Webber’s victory did break one streak, though, as Red Bull Racing became the first team to win two races in 2012.

The mixed winners has played its part in creating a very tight world title fight. Hamilton leads on 88 points, just two points ahead of Alonso and Vettel one point further back. Webber and Rosberg are also within striking distance of Hamilton.

So, who will win this year’s world title? Will one of the seven different winners be the world champ? Vote now of Speedcafe.com’s Pirtek Poll below …