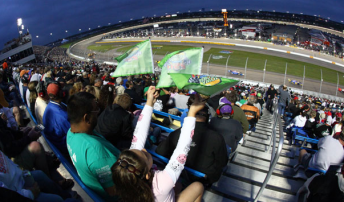 The Iowa qualifying heat races will be a first for IndyCar

Two practice sessions will play a crucial role in determining the grid for the Iowa Corn Indy 250 in two weeks time.

After announcing earlier this year that three heat races would replace traditional qualifying at the 0.875-mile Iowa Speedway oval, IndyCar officials have confirmed how those heat races will be run.

Race 3 will consist of drivers ranked one through eight by combined practice times. The results of Race 3 will determine the top eight starting positions with the winner taking the pole position for the Iowa Corn Indy 250.

This qualifying format is one of three being used this year, including Milwaukee Mile’s single-car qualifications with the cumulative time of two laps determining the grid. Also, IndyCar uses the three tier road/street course qualifying system, culminating in the Firestone Fast Six.

IndyCar president of competition Beaux Barfield said the qualifying procedure has been introduced for Iowa only as an experiment to add excitement.

“The build-up we presently have for the Firestone Fast Six has that excitement and we wanted to do something similar for the oval events,” Barfield said.

“It’s going back to the heritage of short-track races.”

Double-file restarts also will be utilised at Iowa Speedway.