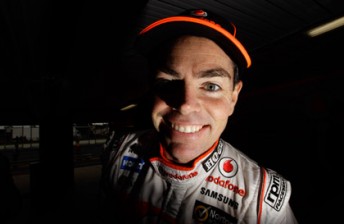 The TeamVodafone star, currently fourth in the V8 Supercars Championship, received the Order of Australia Medal in the General Division for services to motor racing and to the community, particularly through road safety education programs and charitable organisations.

Lowndes told The Australian that he is grateful for the accolade.

“I feel very honoured and humble to be recognised in this way,” said Lowndes, who turns 38 later this month.

“My first drive was as a nine-year-old behind the wheel of a go-kart.

“I worked my way up through the various classes to eventually be given the opportunity to drive in a touring car, the precursor to the V8 Supercar I campaign today.”