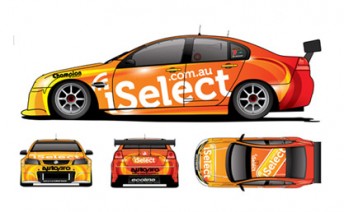 Team owner Lucas Dumbrell told Speedcafe.com that the revised look of the car has been implemented to better suit the iSelect brand.

The Triple Eight-built Commodore will hit the track at Hidden Valley for the Skycity Triple Crown on June 15-17.